A team of scientists have discovered the deepest known occurrence of a cold water coral reef known as Solenosmilia variabilis in Irish waters at depths of 1600m as part of a multiagency and university collaboration using video mapping with the Marine Institute’s Remotely Operated Vehicle ROV Holland I.

The SeaRover survey, led by the Marine Institute with the National Parks and Wildlife Services on the Commissioner of Irish Lights vessel ILV Granuaile gathered data for marine planning, habitat protection and measuring the effects of climate change. 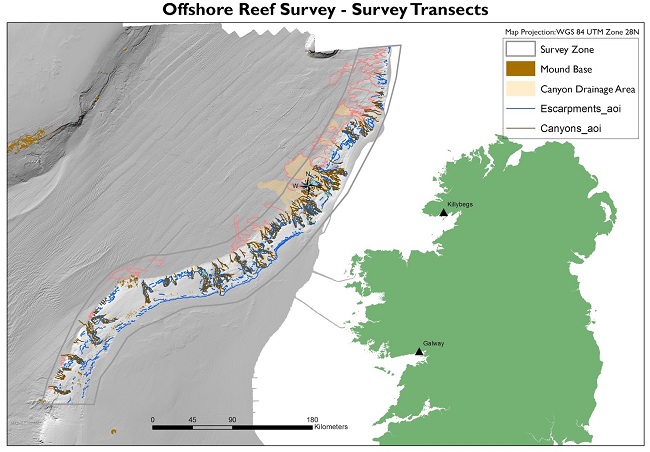 “Some of the reef ecosystems and habitats we discovered have never been seen before and discovering S. variabilis at depths greater than 1600 m helps us establish a better understanding of the environmental conditions necessary for this species to thrive,” explains Chief Scientist David O’Sullivan, INFOMAR, at the Marine Institute.

“The deep-sea coral S. variabilis is widespread, normally seen at depths between 1000 to 1300 m on seamounts or rocky areas deep under the sea but only occasionally forms reefs. Its growth rate is very slow approximately one mm per year, so finding the reef structure, which is part of a fragile ecosystem thousands of years old, in deeper parts of the ocean is an important find for marine science.”

Sea pens, which visually look like a cross between a feather, a starfish and a fern are actually a form of soft coral were also found in the extreme deep sea environment. They sprout polyps from a stem-like centre. “With over 300 species currently known around the world they come in a variety of shapes, sizes and colours — we have seen a wide variety of forms on this survey and can only give species names to very few as many are likely to be new to science and have yet to be described,” explained Dr Yvonne Leahy, National Parks and Wildlife Service. “There are undoubtedly many more unidentified species out there and we ourselves have observed some specimens that require closer examination to properly identify”.

The scientists have been using the Marine Institutes’ Holland 1 ROV to map the distribution and extent of deep water reefs and associated habitats, as well as using high-resolution bathymetric maps produced under the national seabed mapping programme, INFOMAR, a joint Marine Institute - Geological Survey of Ireland initiative. The bathymetric data which shows the depths of the ocean has been key in identifying specific seabed features such as submarine canyons, escarpments and mounds where reef habitats are likely to occur. 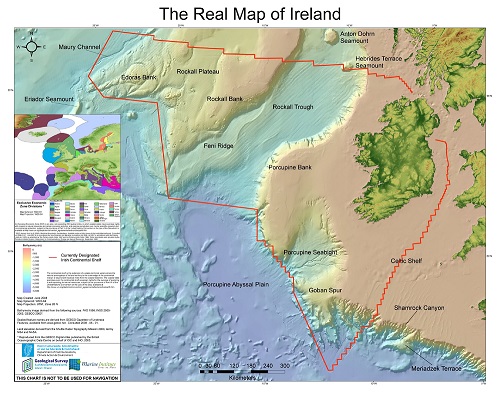 The SEA-Rover survey (Sensitive Ecosystem Assessment and ROV Exploration of Reef Habitat Survey) is jointly funded by the Irish Government and the EU through the European Maritime Fisheries Fund (EMFF) and National Parks and Wildlife Service (NPWS) to undertake further mapping surveys of offshore reefs with the aim of to evaluate status and review requirements for conservation and management measures consistent with the Habitats Directive.

The project is co-managed by the INFOMAR programme and Fisheries Science and Ecosystem Services (FEAS) at the Marine Institute and National Parks and Wildlife Service (NPWS). While the project objectives are primarily policy driven, the collection of data and scientific benefit will also be of immense benefit to the national and international research community.

The ROV robotic arms were also used to collect biological specimens for NUI Galway’s Science Foundation of Ireland (SFI) funded project ‘Exploiting and Conserving Deep Sea Genetic Resources’ and will also give new information on where sensitive species are found to help research at University of Plymouth’s Deep Sea Conservation Unit to predict where high value ecological areas might be found offshore Ireland and the wider North East Atlantic. 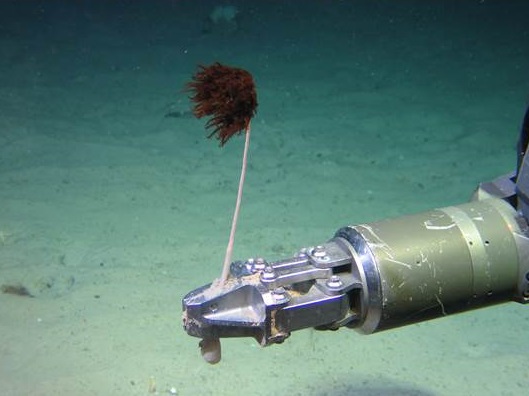 “The biological samples will help us understand the connectivity of different cold-water coral reef habitats, which will ultimately help with their future management,” said on board senior scientist Dr Kerry Howell from Plymouth University Deep Sea Conservation Unit. 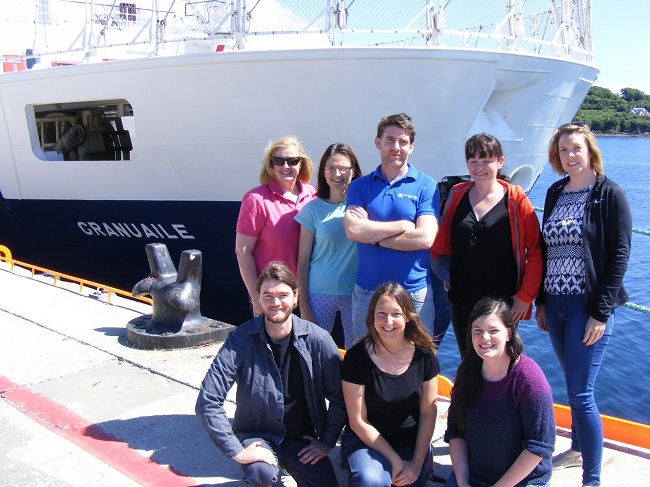 INFOMAR (INtegrated Mapping FOr the Sustainable Development of Ireland's MArine Resource) is a joint venture between the Geological Survey of Ireland and the Marine Institute, funded by the Department of Communications, Climate Action and Environment. The INFOMAR programme is one of the largest civilian seabed mapping projects in the world and is acquiring high resolution seabed data that contributes to the sustainable development of Ireland’s marine resource.