The Minister for Agriculture, Food and the Marine, Michael Creed T.D., has welcomed recent positive growth trends in Ireland’s Blue Economy and outlined the Government’s continued commitment to the ongoing implementation of Ireland’s Integrated Marine Plan - Harnessing Our Ocean Wealth.

Addressing delegates at the annual ‘Our Ocean Wealth’ Summit today at Galway Docks, which included industry leaders, policy makers, researchers and maritime entrepreneurs, Minister Creed said “Ireland has taken important strides in recent years in developing our blue economy. This is being driven at the highest levels of Government and represents a unique and joined up approach to growing Ireland’s blue economy. The work of our cross Departmental high level Marine Coordination Group (MCG,) which I chair, will continue as we seek to build on recent success”.

The updated economic statistics published today indicate that the direct economic value of Ireland’s ocean economy now stands at €2billion or approximately 1% of GDP, which represents a 21% increase on 2015 figures.

Minister Creed said “The 2017 estimates suggest that our ‘blue economy’ continues to grow at a faster pace than the general economy.  Growth in 2017 is being driven by strong performances in the aquaculture, sea fisheries, shipping and marine tourism industries as well as continued growth in the emerging ocean industries.     A really encouraging statistic is the growth in employment for the marine sector which has risen from 27,888 (FTEs) in 2015 to an estimated 32,509 (FTEs) in 2017, an increase of 16.6%.”

The Minister continued “I am also delighted to announce the publication today of the annual Progress Report on Ireland’s Integrated Marine Plan - Harnessing Our Ocean Wealth, for 2017”. This report which covers inputs from across state departments & agencies, provides a wealth of information, spanning governance, research, education, international cooperation, business development, sustainability & protection and conservation of marine ecosystems”. 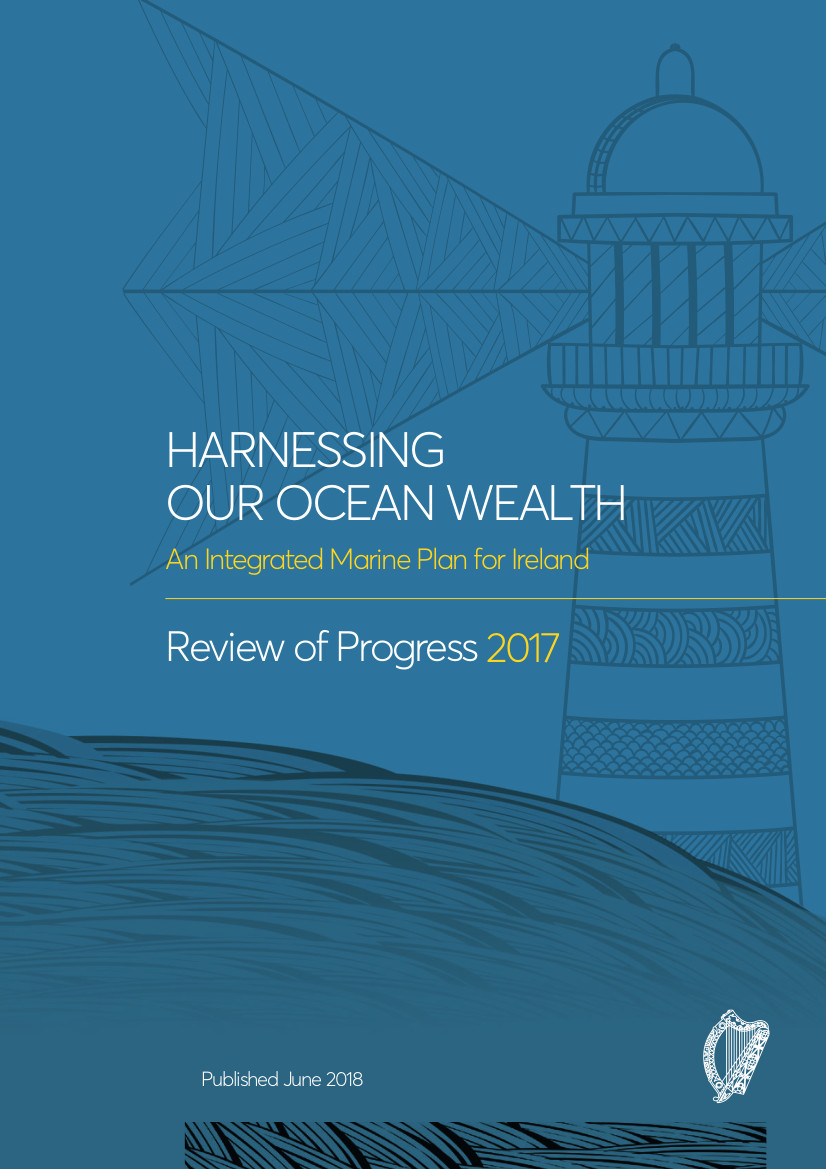 The 'Our Ocean Wealth Summit' format now in its fifth year forms a key part of the Government's integrated plan for Ireland's marine sector and brings together national and international expert speakers, industry leaders, business development agencies and the Irish business and marine research community. This year’s discussions focused on the overall theme of 'Investing in Marine Ireland’.

The Our Ocean Wealth Summit and SeaFest are initiatives of the Inter-Departmental Marine Coordination Group, which is chaired by Minister Creed. The Summit is part of a range of industry and innovation events taking place in Galway as part of SeaFest 2018 from 29 June -1 July. A wide range of public events are also taking place in Galway Harbour and Docks and the city over the weekend (to 1 July).

Seafest is co-funded by the Government of Ireland and the European Union under Ireland’s European Maritime & Fisheries Fund Operational Programme for the seafood sector.

In addition to Minister Creed's address at the Summit, on Thursday 28th June Minister Naughten T.D. also addressed participants. A copy of Minister Naughten's speech can be found on the website of the Department of Communications, Climate Action and Environment here

On Friday 29th June Ministers English and Minister Kyne also addressed the Ocean Wealth Summit. You can read their speeches on the websites of the Department of Housing, Planning and Local Government (here) and Department of Communications, Climate Action and Environment (here)

Also at the Summit, NUI Galway’s Socio-Economic Marine Research Unit (SEMRU) released its latest update on Ireland’s Ocean Economy as part of their ongoing process of collection and analysis of marine socio-economic data in Ireland. Information on the latest figures is available here