SeaFest, which takes place in Galway for the second year in a row from 30th June to 2nd July, has quickly become one of the most popular summer festivals in Ireland. It brings together a wide range of agencies, partners and businesses in the marine sector.

The Minister commented, “I am delighted to officially launch SeaFest 2017, a unique festival that creates awareness of our maritime heritage and celebrates our seas and all the opportunities that they provide to us.”

“This year’s festival is expanding to a three day event with an exciting line up of attractions, including PowerFly’s world champion flyboarders, the tall ship The Phoenix, boat tours, a showcase of the finest of Irish seafood by Bord Iascaigh Mhara and Bord Bia, demonstrations and a range of activities that bring visitors on a journey of discovery when it comes to the mysteries of the ocean. It is truly a festival for everyone to enjoy.

"SeaFest plays a vital role in the Harnessing Our Ocean Wealth’s key goal of increasing participation and engagement with the sea. It deepens knowledge and appreciation of the ocean and builds on how we can each work to protect while also benefiting from our abundant maritime resources.”

SeaFest attracted more than 60,000 visitors to Galway in 2016 and this year, the event will make an even bigger splash. Galway Harbour and Docks are set to be transformed into an ‘open air sea world’ for the free three day festival with a host of family friendly entertainment and attractions on the water. 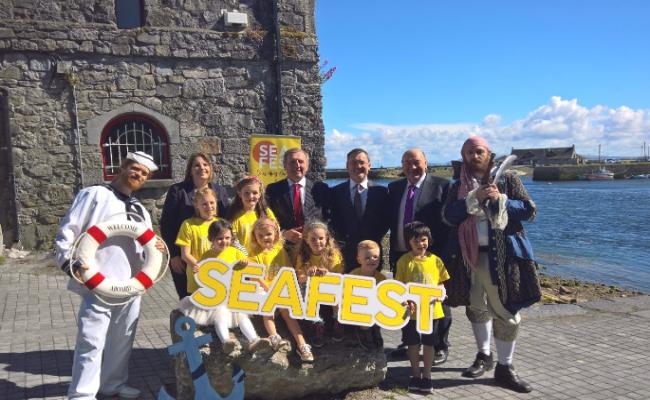 There are many new additions to the festival programme this year, including “The Wild Atlantic – Sea Science” exhibition which is Ireland’s first sea science gallery to have all displays accessible in both English and as Gaeilge text and audio. The basic principles of marine science are communicated in a fun, interactive and engaging way at the City Museum.

As well as activities around Galway Harbour and Docks, the festival is set to include events in NUI Galway, Salthill and the Latin Quarter. More activities will be unveiled in the lead up to the festival.
SeaFest is co-ordinated by the Marine Institute, on behalf of the Marine Coordination Group.

Dr Peter Heffernan, CEO, of the Marine Institute, said, “We are eagerly anticipating SeaFest 2017 – last year, it proved itself to be massively popular with the local Galway community and with visitors who travelled from far afield to celebrate the festivities.”

He paid tribute to all of the partners who collaborate on SeaFest and continue to make it a successful event.

“A unique aspect of SeaFest is the number of local, regional and national agencies and organisations that come together to plan this event,” Dr Heffernan said, adding that local businesses, media and festival volunteers also play a pivotal role. 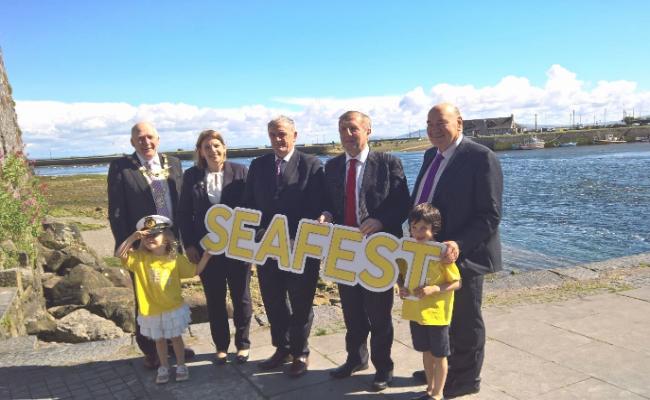 SeaFest also includes a range of industry events which focus on research, the marine industry and marine technology. National and international delegates will attend the third annual Our Ocean Wealth Summit on 30th June at NUI Galway. Digital Ocean: Ireland’s Marine Engineering and Technology Conference and the Marine Industry Awards will take place on 29th June. A Marine Trade Show will be held at NUI Galway on 29th and 30th June and Bord Iascaigh Mhara will hold their national seafood conference 'Winning in a Changing Environment" on 29th June in the Radisson Blu Hotel.

Initial Publication Date:
Thursday, 18 May, 2017
Source:
Department of Agriculture, Food and the Marine