Coinciding with the Our Ocean Wealth Summit and the Government’s Annual Review of its Integrated Marine Plan – Harnessing Our Ocean Wealth, the report presents a complete and comparable profile across thirteen marine related industries in Ireland.

The update shows that Ireland’s ocean economy has a turnover of €6.2 billion, with a direct economic contribution, as measured by GVA, of €2.2 billion or 1.1% of GDP. Taking into account indirect GVA generated from ocean related activity in Ireland total GVA is €4.2bn, representing 2% of GDP.

Dr Stephen Hynes, co-author of the report and Director of SEMRU based at the Whitaker Institute for Innovation and Societal Change at NUI Galway, has advised Government that “the latest figures indicate that Ireland’s ocean economy continues to see growth across both established and emerging marine industries. We expect the Government’s 2020 target will be exceeded next year, and the gap is narrowing in terms of the Government’s ambitious 2030 target”.

Ireland’s Established Marine Industries – comprised of traditional marine sectors such as shipping, seafood, tourism in marine and coastal areas, offshore energy, marine manufacturing & engineering and marine retail services – have an estimated turnover of €5.8 billion, provide employment of 32,048 FTEs. These segments of the ocean economy represent 93% of the total turnover and 94% of total employment. The top three sectors in terms of value and employment continue to be shipping, marine tourism and seafood.

Ireland’s Emerging Marine Industries – comprised on marine renewables, marine biotechnology, advanced marine products and services, and maritime commerce – have an estimated turnover of €459 million and provide employment to 2,084 FTEs representing 7% of the turnover and 6% of employment in Ireland’s ocean economy. Of the emerging industries marine commerce and the marine biotechnology and bio-products industries experienced the largest increases in turnover and GVA in the 2016-2018 period.

The latest ocean economy report is funded by the Marine Institute through its Marine Research Programme.  Dr. Peter Heffernan, CEO of the Marine Institute notes that “Ireland is one of the few countries that has access to this regularily updated marine economic data, with trends now spanning over 10 years. These independent data and trends published by NUI Galway underpin the Vision set out by the Government in Harnessing Our Ocean Wealth whereby Ireland’s vast marine territory is harnessed in a sustainable manner and is recognised as an integral element of Ireland’s overall economy, generating benefits for Irish citizens and supported by integrated policy, planning and regulation”.

Commenting on the report, Professor Alan Ahearne, Director of the Whitaker Institute at NUI Galway stated: “With the uncertainty being generated by Brexit, our Ocean Wealth has never been more important to our economic prosperity. The figures published by SEMRU clearly demonstrate the importance and impact of targeted investment and research in developing a sustainable ocean economy here in Ireland”.

The latest figures have been announced by Minister for Agriculture, Food & the Marine, Michael Creed, TD at the Annual Ocean Wealth Summit in Cork. The 2019 Summit will see national and global leaders discuss the health of our oceans. This includes senior Government and UN representatives from island states sharing experiences on oceans’ health and climate change.

The full report is available to read online here.

An infographic is also available. 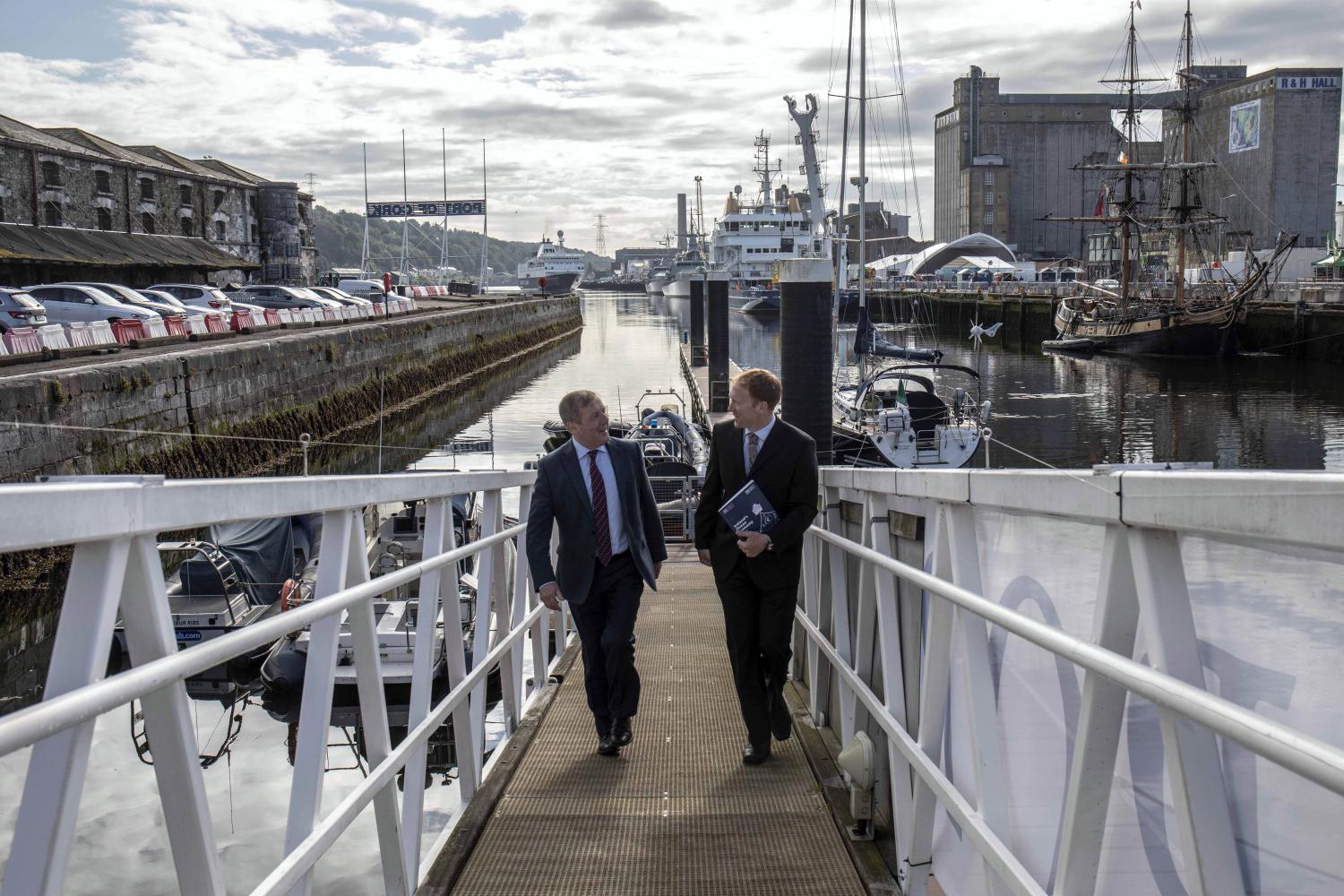 Harnessing Our Ocean Wealth (HOOW) – An Integrated Marine Plan for Ireland, published in July 2012, outlines the Government’s ambitions a number of ambitious targets which seek to expand Ireland’s ocean economy. The Plan sets out two economic targets. The 2020 target aims to increase the turnover from Ireland’s ocean economy to exceed €6.4bh by 2020. SEMRU estimates that end the end of 2018, Ireland’s ocean industries have a combined turnover of €6.23bn.

The second target aims to double its value to 2.4% of GDP by 2030. This ambitious target was based on a total estimate (both direct and indirect Gross Value Added) in 2007 for the Irish Ocean economy that amounted to 1.2% of GDP at that time. The latest marine industry statistics from SEMRU indicate that the total direct and indirect value of the Irish ocean economy is €4.2bn (GVA), or 2% of GDP.

Based in the Whitaker Institute for Innovation and Societal Change at NUI Galway, SEMRU conducts research on a variety of marine related issues. The main research focus of the unit is on the economic importance of coastal and off-shore marine environments. This involves examining the economic utility of the marine environment (transportation, recreation) and ecological value (fisheries, aquaculture) derived from the productivity of associated ecosystems. The coastal and contiguous marine environment surrounding Ireland and the EU in general provides the geographical focus for the research carried out in the unit. Consideration of the human dimension in the management of marine ecosystems is also a critical component of all research projects undertaken.

Since its establishment in 2009, SEMRU has been successful in attracting research funding to support the expansion of its marine socio-economic research programme. The unit is now a partner in a number of European-funded projects in the area of the socio-economics of the marine environment.

Ireland’s Ocean Economy Statistics Series is carried out with the support of the Marine Institute and is funded by the Irish Government’s Marine Research Programme.