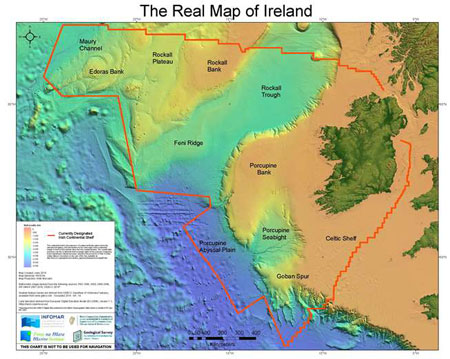 Enhancing our scientific knowledge of our oceans is key to harnessing our ocean wealth and protecting marine ecosystems for future generations. The European Union's Mission for Healthy Oceans, Seas, Coastal and Inland Waters aims to close knowledge gaps through seabed mapping and ocean observation systems to sustainably grow Europe's blue economy and regenerate our oceans, seas, coastal waters and rivers.

The Marine Institute and the European Commission are inviting the people of Ireland to complete an online survey and share what they believe are the top priorities for the health of our ocean and how we can sustainably use and benefit from marine and aquatic resources.

Ireland's maritime territory is ten times our landmass, 880,000 square kilometres of some of the most productive resources in Europe. When considering our seabed area, Ireland is one of the largest countries in the European Union and our coastline of 7,500 kilometres is longer than that of many European countries.

Ireland is considered a world leader in the field of seabed mapping. The Irish National Seabed Survey began in 1999 and continues today as INFOMAR (Integrated Mapping For the Sustainable Development of Ireland's Marine Resource), a joint venture by Geological Survey Ireland and the Marine Institute. INFOMAR is one of the largest seabed mapping programmes in the world and aims to complete a full map of Ireland's seabed territory by 2026, making Ireland the first nation in the world to have a comprehensive digital atlas of its entire seabed territory. Irish efforts to complete the 'Real Map of Ireland' will leave a legacy for future generations, and provide a scientific foundation for accelerated coastal and marine economic growth.

The INFOMAR Programme provides seabed depth, habitat, and geology data, which is critical for marine activity and growth. Site selection for offshore renewable energy and telecommunications infrastructure, navigation charts for safe shipping, transport and marine leisure, and protecting sensitive habitats and fish nursing grounds, all rely on accurate maps of the seabed.

"Seabed mapping enables us to observe and predict changes in weather, climate and ecosystems," Dr Paul Connolly, CEO of the Marine Institute said. "Mapping the depth, composition and habitat of the seabed provides data which will allow us to better model the movement and behaviour of the ocean and the life within it."

Increasing our knowledge of the ocean, through activities such as seabed mapping, is one of the goals of the European Union's Mission for Healthy Oceans, Seas, Coastal and Inland Waters. The Mission aims to know, restore and protect our ocean and waters by 2030, by reducing human pressures on marine and freshwater environments, restoring degraded ecosystems and sustainably harnessing the essential goods and services they provide. Ireland's advanced seabed mapping programme ensures that we will be an important partner in delivering on this ambitious EU mission.

The Mission for Healthy Oceans, Seas, Coastal and Inland Waters also calls for ocean observation systems and marine research infrastructure to observe and understand how our ocean is changing. Ocean observation systems that offer open, real-time and accessible data can effectively observe, analyse, model and project the impacts of our changing oceans and climate.

Ireland's representative on the Mission Board for Healthy Oceans, Seas, Coastal and Inland Waters, Dr Peter Heffernan said, "Mission Ocean aims to fully map, sequence, observe and predict our oceans, seas and rivers. A deep understanding of our oceans, through seabed mapping and ocean observation systems, is required to sustainably manage, protect and regenerate our marine resource. With this scientific knowledge, we can harness our ocean wealth for economic recovery and sustainably grow Europe's blue economy." 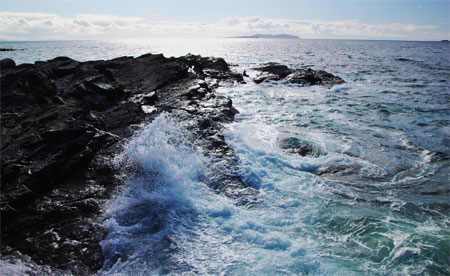 Ireland's marine territory is a national asset, and supports a diverse economy. In 2018, Ireland's ocean economy had a turnover of €6.2 billion and provided full time employment for 34,000 people. Shipping and maritime transport is the largest contributor to Ireland's ocean economy, with the sector generating €2.3 billion in turnover and employing over 5,000 people in 2018. As an island nation, Ireland is dependent on ports and shipping services to transport goods and 90% of our trade is moved though Irish ports.

Our ocean also provides us with a reliable source of food. According to Bord Iascaigh Mhara, Ireland's seafood sector was valued at €1.22 billion and employed more than 16,000 people in 2019. Our fishing, aquaculture and seafood processing industries all help to ensure Irish seafood is among the safest, most sustainable and of the highest quality available in the world. Tourism and leisure is another key industry contributing to Ireland's ocean and coastal economies, with the sector generating a turnover of €1.25 billion in 2018.

Dr Connolly said, "No matter how far we live from the shore, our ocean and seas affect us all. Our ocean supports a diverse marine economy and provides employment in sectors such as fishing and seafood, shipping, tourism and aquaculture, and emerging marine industries. Our ocean has sustained us in good times and bad, and now we must again turn to the sea and recognise the enormous potential our ocean has to offer. Ireland's Mission Ocean survey is an opportunity for the people of Ireland to have their say and share why our marine resource is important to our island nation."