Opening the dialogue, Minister Creed highlighted the importance of ensuring that the Seafood Sector is protected during Brexit negotiation, “The key challenge for this Government will be to ensure that fisheries concerns and those of the wider seafood sector are high on the EU agenda and that our sector is not separated from the overall negotiations on a new EU/UK relationship”

Minister Creed went on to say that, “For the Seafood sector, Brexit poses a very particular set of serious threats over and above the trade implications common to most sectors.  That is not to underplay the importance of a good trade outcome for the seafood sector but rather to emphasise the reality that this sector faces challenges that are unique.”

The Minister explained that those threats were potential loss of access to fishing grounds in the UK zone and possible attempts by the UK to increase its current quota share at the expense of Ireland and others.  Minister Creed said that “any changes to existing rights for the Irish and EU catching sector must be resisted strenuously.”

Speaking following the event which took place at the Radisson Blu Hotel, Dublin Airport, Minister Creed commended the high turn out from the Irish Seafood Sector saying that “Today’s turnout and active engagement  by stakeholders from across the Sector demonstrates the desire of all to pull together in the effort to protect Irish interests as we enter Brexit negotiations.  I want to thank all concerned for their very positive contribution to what was a very engaging afternoon, and to assure them once again that their concerns and ideas will be taken on board.”

There were a number of presentations by key sector stakeholders followed by detailed discussions covering access rights, management of shared stocks, trade and aquaculture issues.

Minister Creed concluded by saying that “Today was another important step in the ongoing journey we have all been engaged in since the June referendum in the UK., namely understanding and preparing for all of the possible implications arising from Brexit.  We still don’t know what exactly the UK will seek but the deeper our understanding of the issues, the better prepared we all will be for the challenges ahead.” 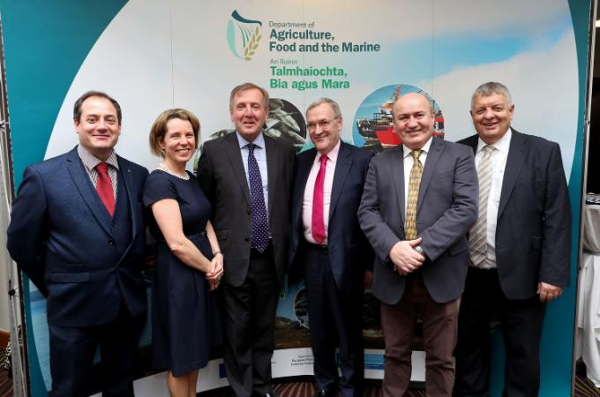