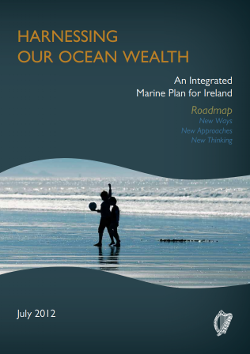 Harnessing Our Ocean Wealth - An Integrated Marine Plan for Ireland was published by the Government in 2012. The Plan is an initiative of the Inter-Departmental Marine Coordination Group, chaired by the Minister for Agriculture, Food and the Marine.

Our Ocean Wealth website has been set up to provide:

In Ireland, responsibility for marine matters is spread across a number of Government Departments and agencies. In recognition of the need for better coordination and the broad scope of the sector, the Inter-Departmental Marine Coordination Group (MCG) was established in 2009.

The Group meets monthly, bringing together representatives of departments with an involvement in maritime/ marine issues to discuss/coordinate issues that require inter-departmental action. The Group is convened by the Department of the Taoiseach.

Members of the Group are at Assistant Secretary level with the following Departments represented:
The Maritime Affairs Attaché, Attorney General’s Office and the Marine Institute also participate.
The Marine Coordination Group is responsible for supervision, cross-government delivery and implementation of Ireland’s Integrated Marine Plan. 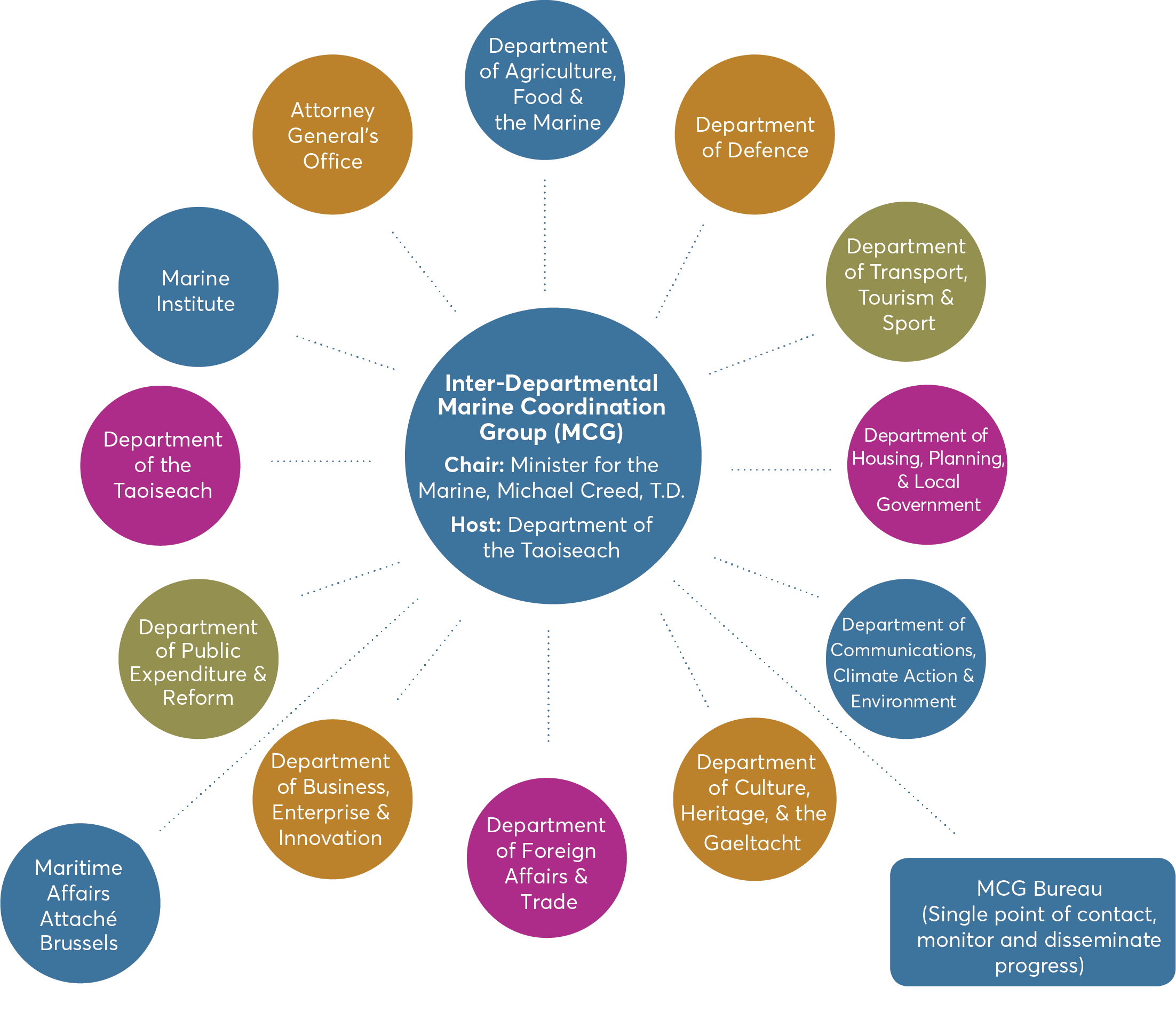